Nineteenth-century villa a stone’s throw from the city

Ideal both as a single private residence and as a semi-detached or small residence; the villa was certainly built before 1846, a date which, although appearing above the entrance door, refers to the moment of its dislocation. Embellished by a large park of almost 1.5 hectares, with tree-lined avenues and fountains, the property is located a few kilometers from the city center and close to all the main services. The villa, over 500 square meters, is spread over three main levels and is connected to a second apartment, set against the main building, originally the caretaker’s home.
On the ground floor there is a large living room with terracotta floor and ceiling with exposed wooden beams, a kitchen with a traditional wood oven and various ancillary rooms used as warehouses and cellars. On the first floor we have on one side: a second kitchen, more modern, a dining room with fireplace, a pantry, a laundry room and two storage rooms; on the other, a sitting room and a formal dining room with fireplace, the latter frescoed in the nineteenth century, a study with frescoes from the same period and a first bedroom with a camorcanna, frescoed at the beginning of the last century, and a bathroom. On the second floor, in addition to four bedrooms and a second bathroom, a second representative sitting room with fireplace and a tea room have been created, also frescoed with landscapes and polychrome decorative motifs. The caretaker’s house, accessible independently or directly from inside the main building, is also spread over three levels and consists of a kitchen, pantry, sitting room with fireplace, bedroom and bathroom. In the park there are, in addition to the roccolo, a rare tree structure once used for hunting birds, three annexes used as warehouses and remittances.

The villa is located in the San Martino in Colle area, the center of Perugia is about 8 km away, the commercial area of ​​via Settevalli is 3 km away and the Fontivegge railway station is 5 km away. The exits of the E45 freeway can be reached in a few minutes: the international airport of Umbria is about 15 minutes by car, Rome at 1 hour and 30, Florence and lower Tuscany at 1 hour and 40. 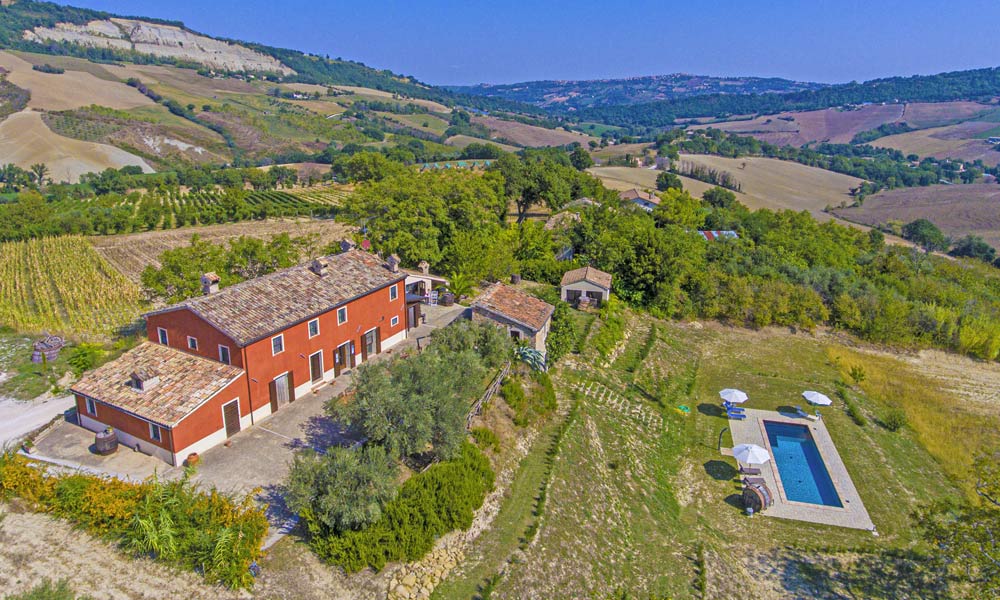 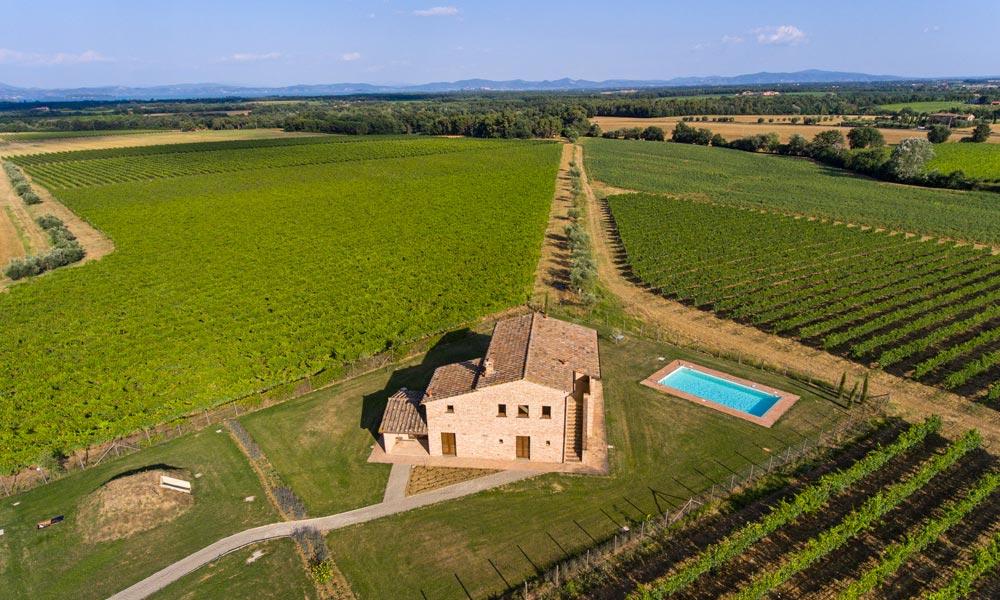