Piedmont – Monferrato – “Cascina San Remigio”. Just a few kilometres away from Acqui Terme, at the edges of the hamlet of Rivalta Bormida, we find this rural building, to be completely restored, set on the antique Benedictine Priory from which it took its name.

The first papers regarding the Priory date back to 1200, but the building was turned into living unit after 1728, due to its decay that led to the collapse of the lateral aisles. A stable with above barn and large portico of 55sqm were added to the central body and probably built with the use of recovered materials from the collapsed aisles. The entire building covers an area of about 450sqm on 2 levels and is almost entirely used as living unit, exception made for the presbytery and the apsis, which were turned into annexes (storage and stable).
At ground floor, we find ceilings with antique brick vaults, dating back to 1800, while on the first floor the rib vaults, similar to the ones in the apsis, have been substituted with plain ceilings.
In the centre of the apsis, there are still the remains of a late fifteenth century fresco.
In the current structure it is possible to glimpse the antique pillars with rounded capitals and double ring arches, where the windows have been installed.
Outside the apsis, we can see a large breach, which probably led to an underground cave.
The property includes about 45.000sqm of land, currently rented out.

This property would be perfect as both main residence and holiday home.

This prestigious farmhouse is located in the province of Alessandria, surrounded by the well known Piedmont hills, homeland of famous D.O.C. and D.O.C.G. wines and white truffles, and listed among the UNESCO World Heritage Sites since 2014.
It is located only 11km away from Acqui Terme, very well-known for its thermal water, and 20km from Alessandria. 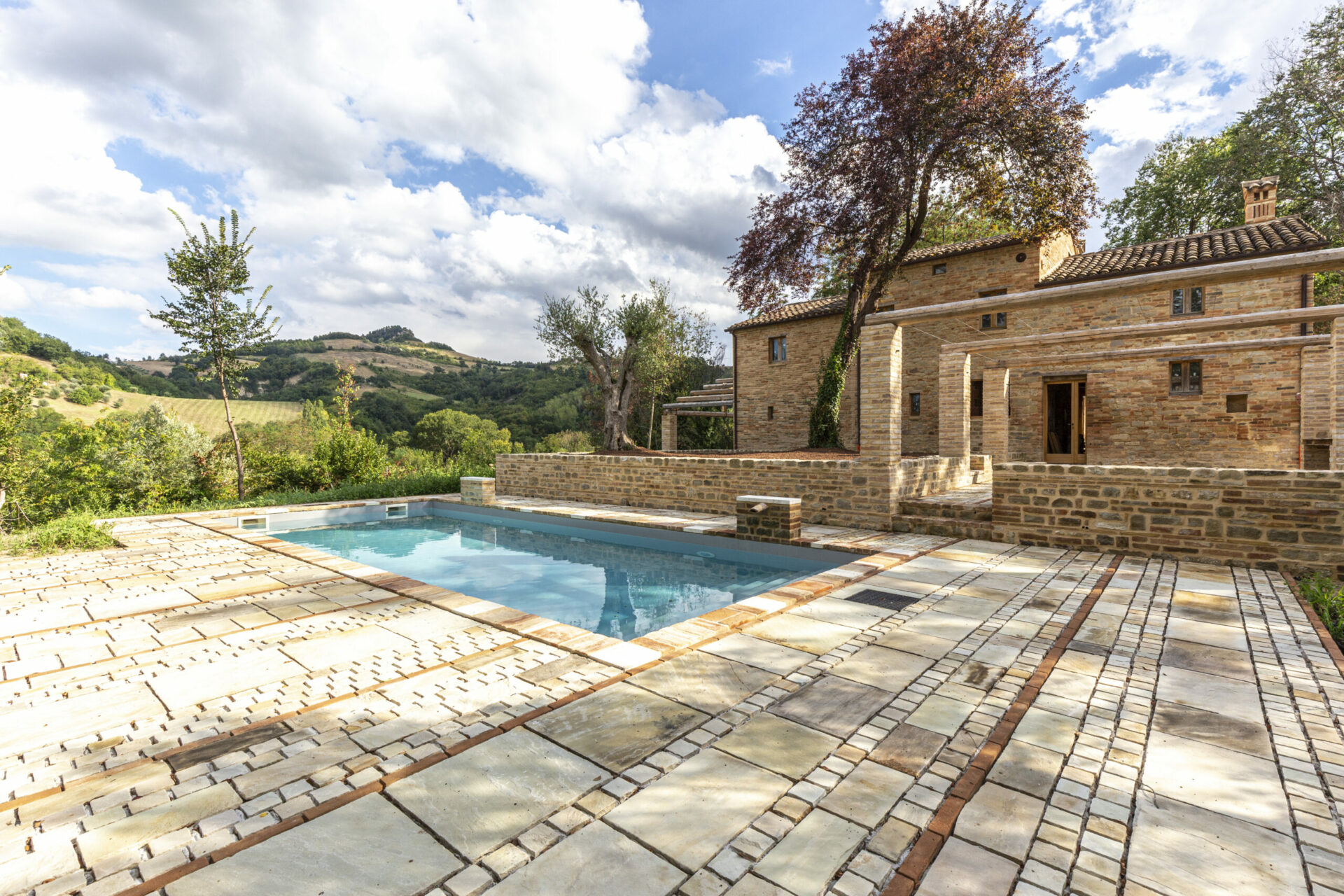