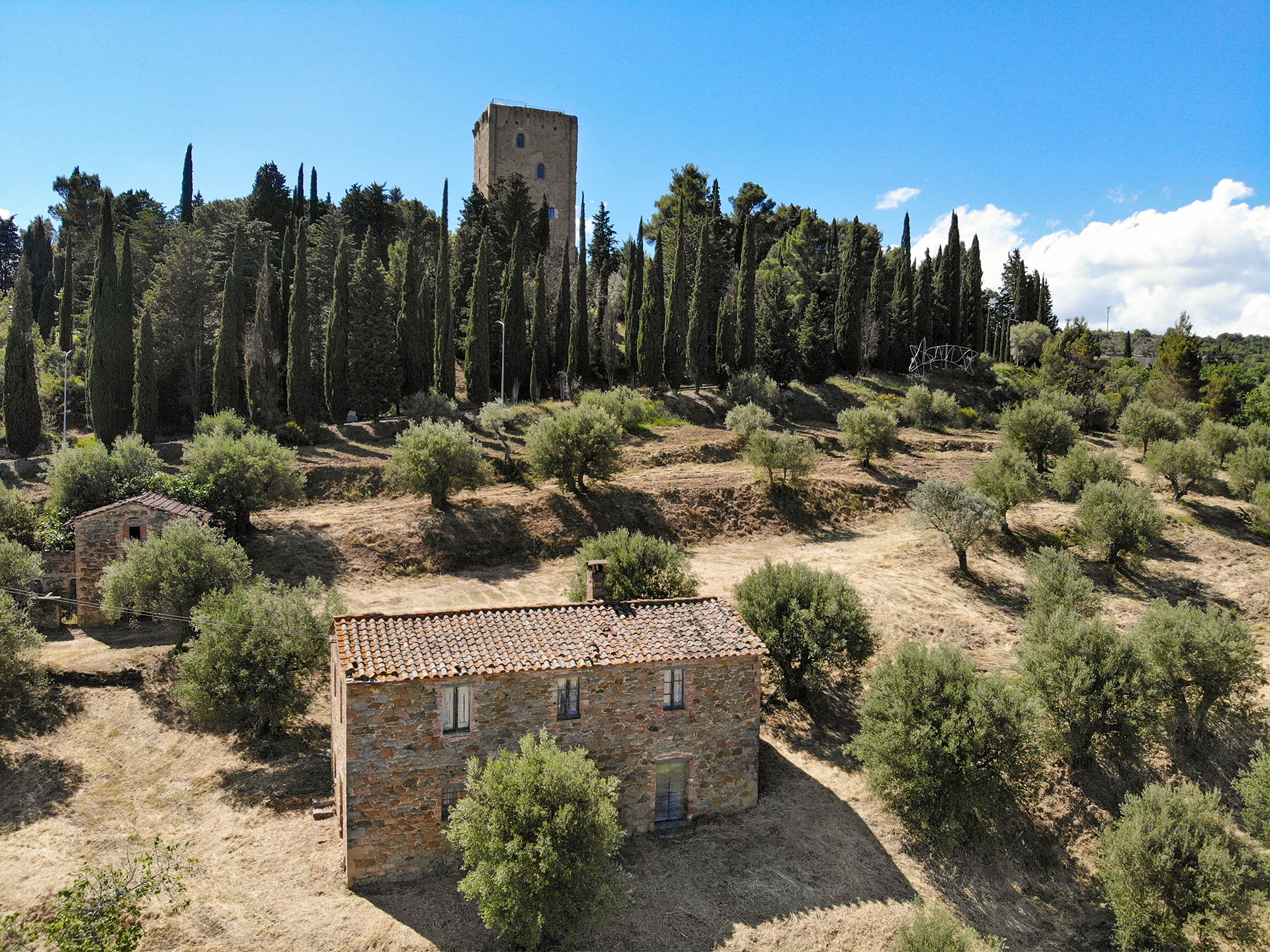 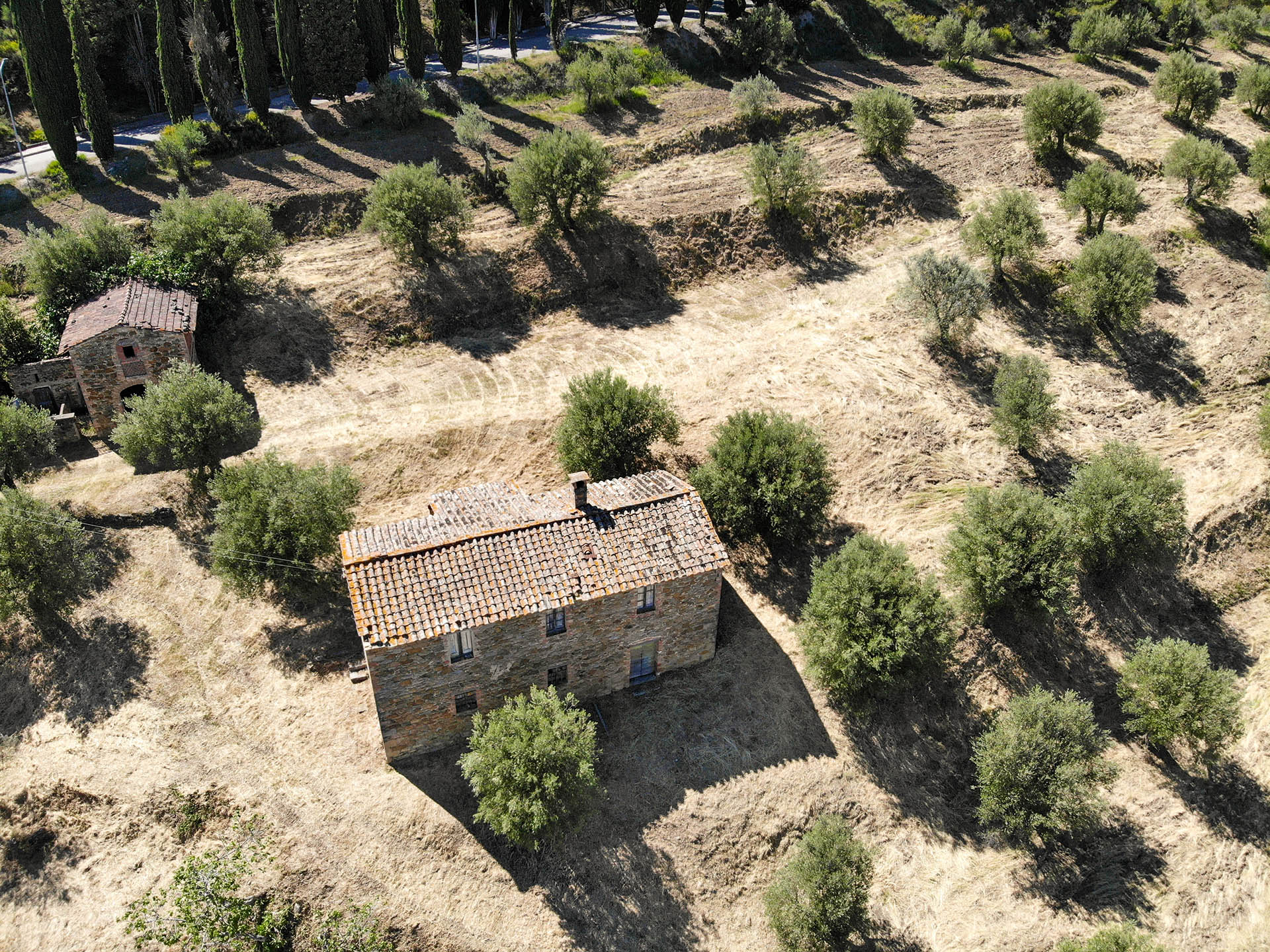 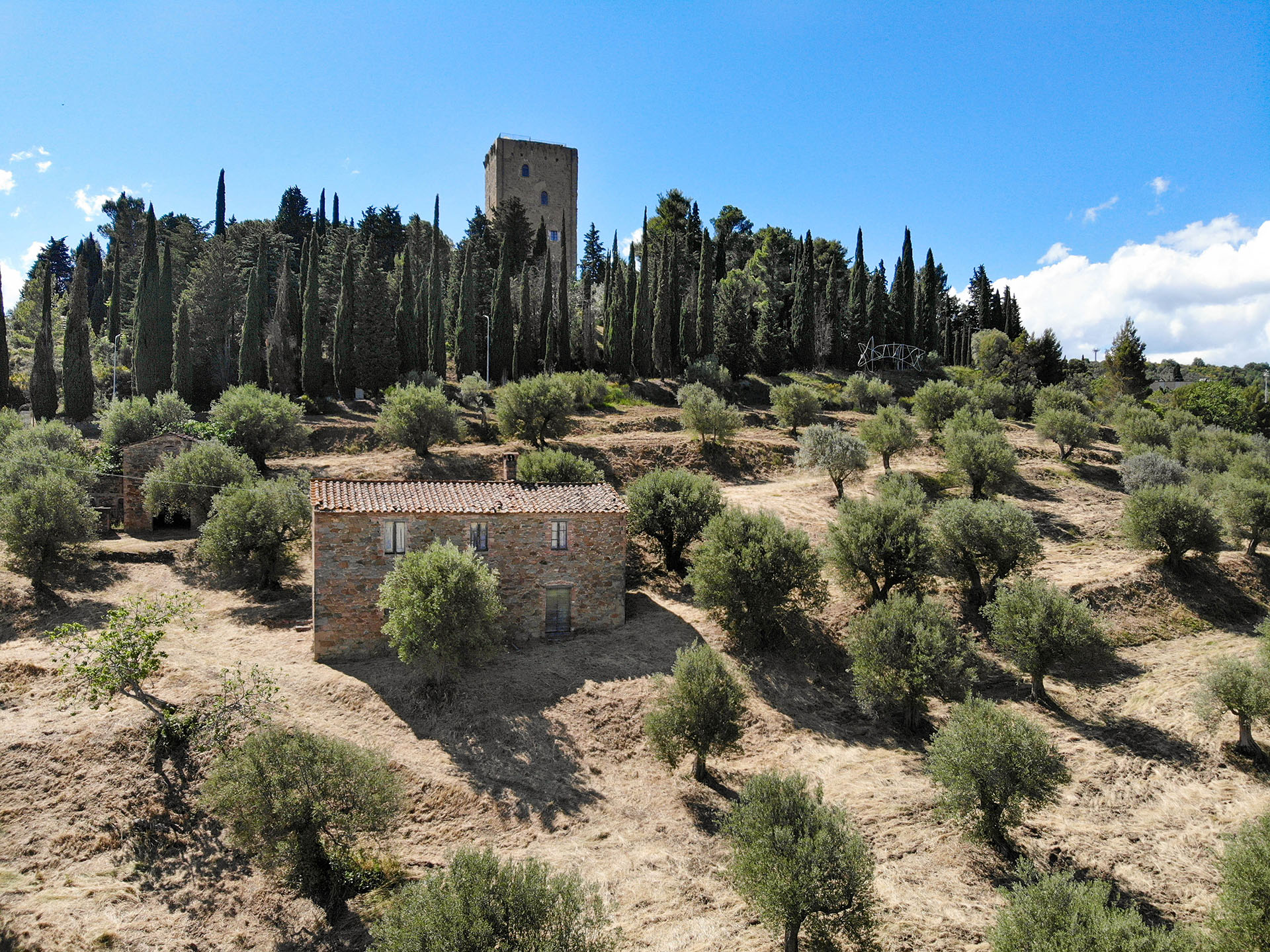 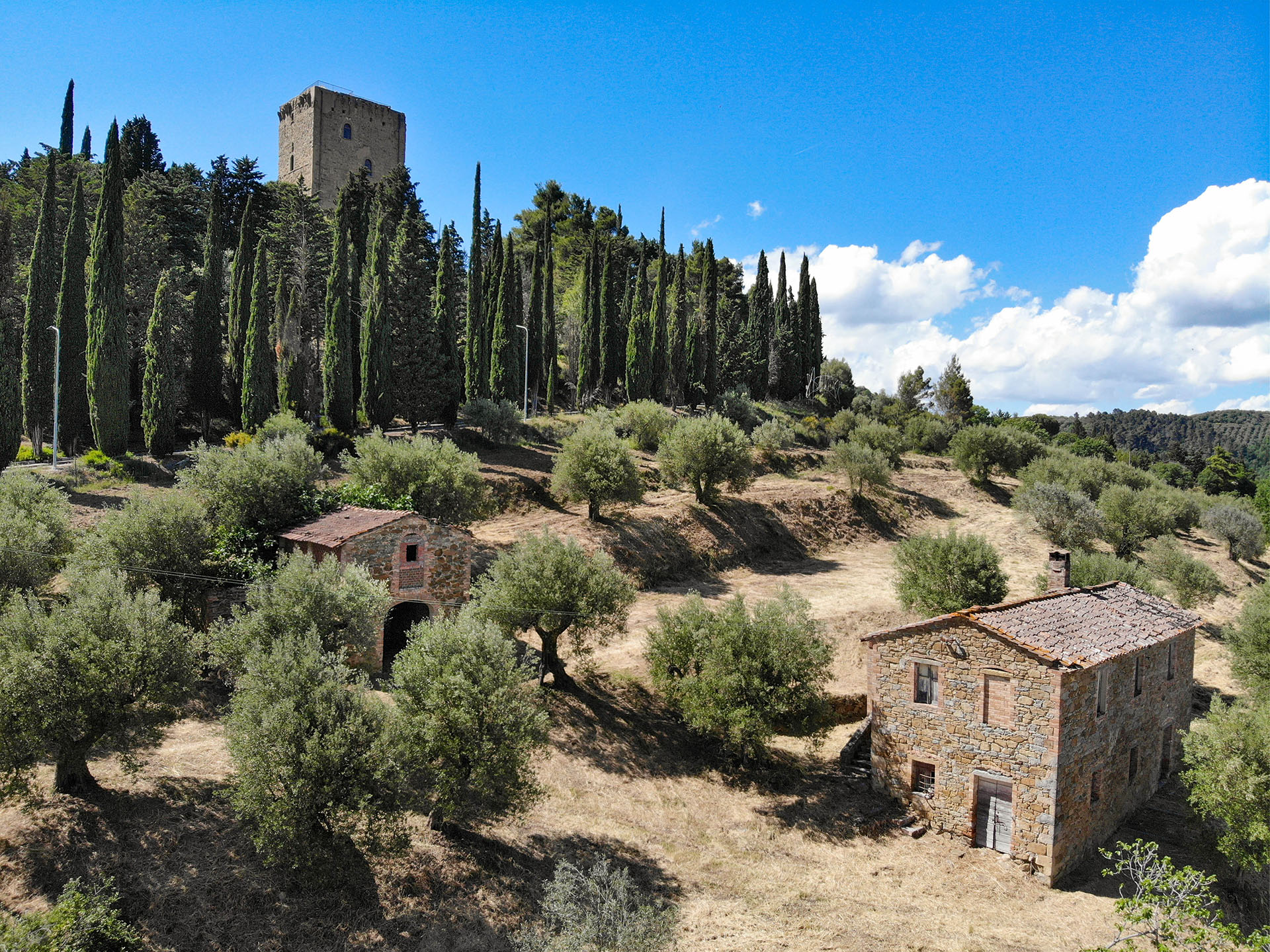 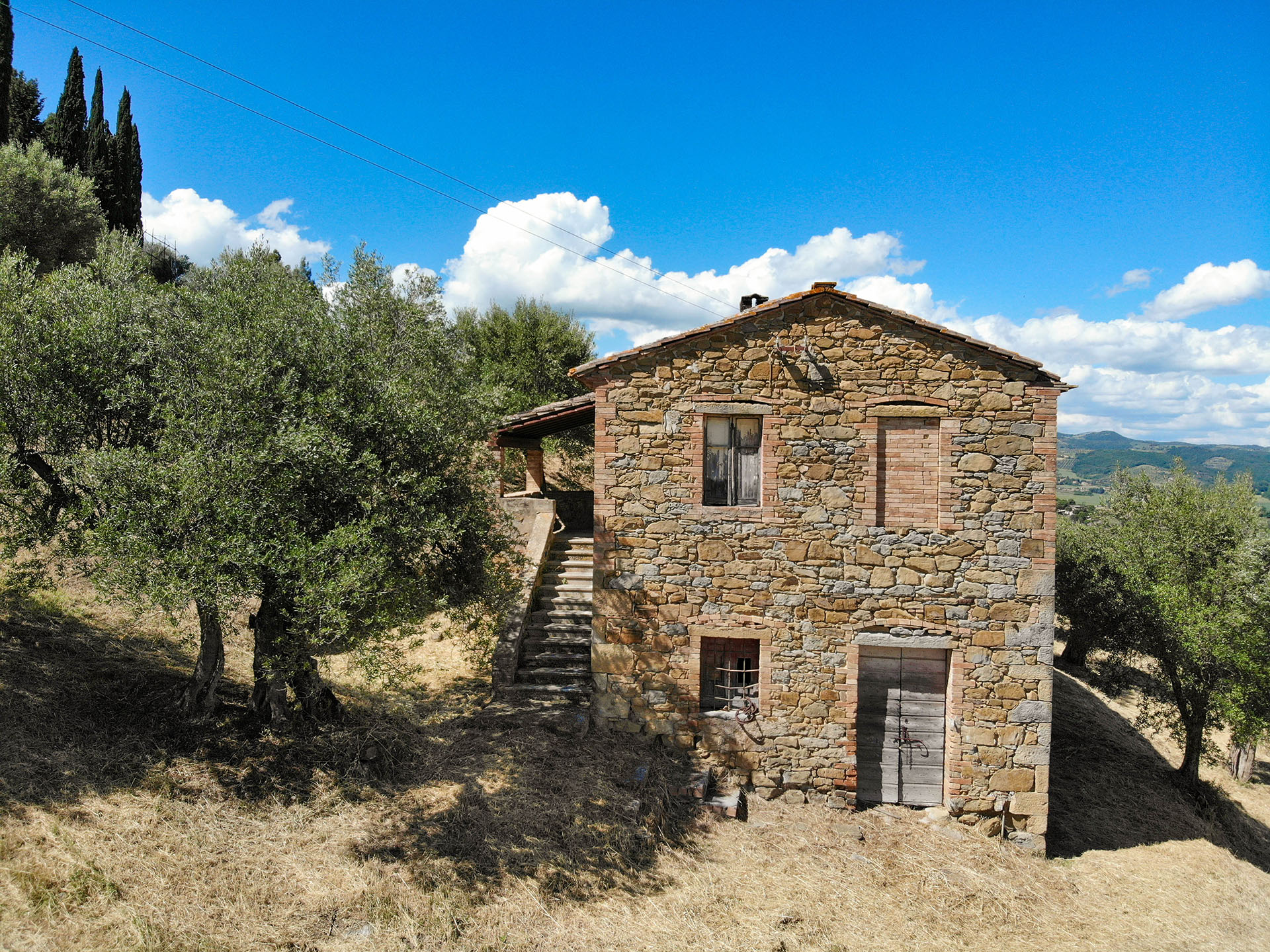 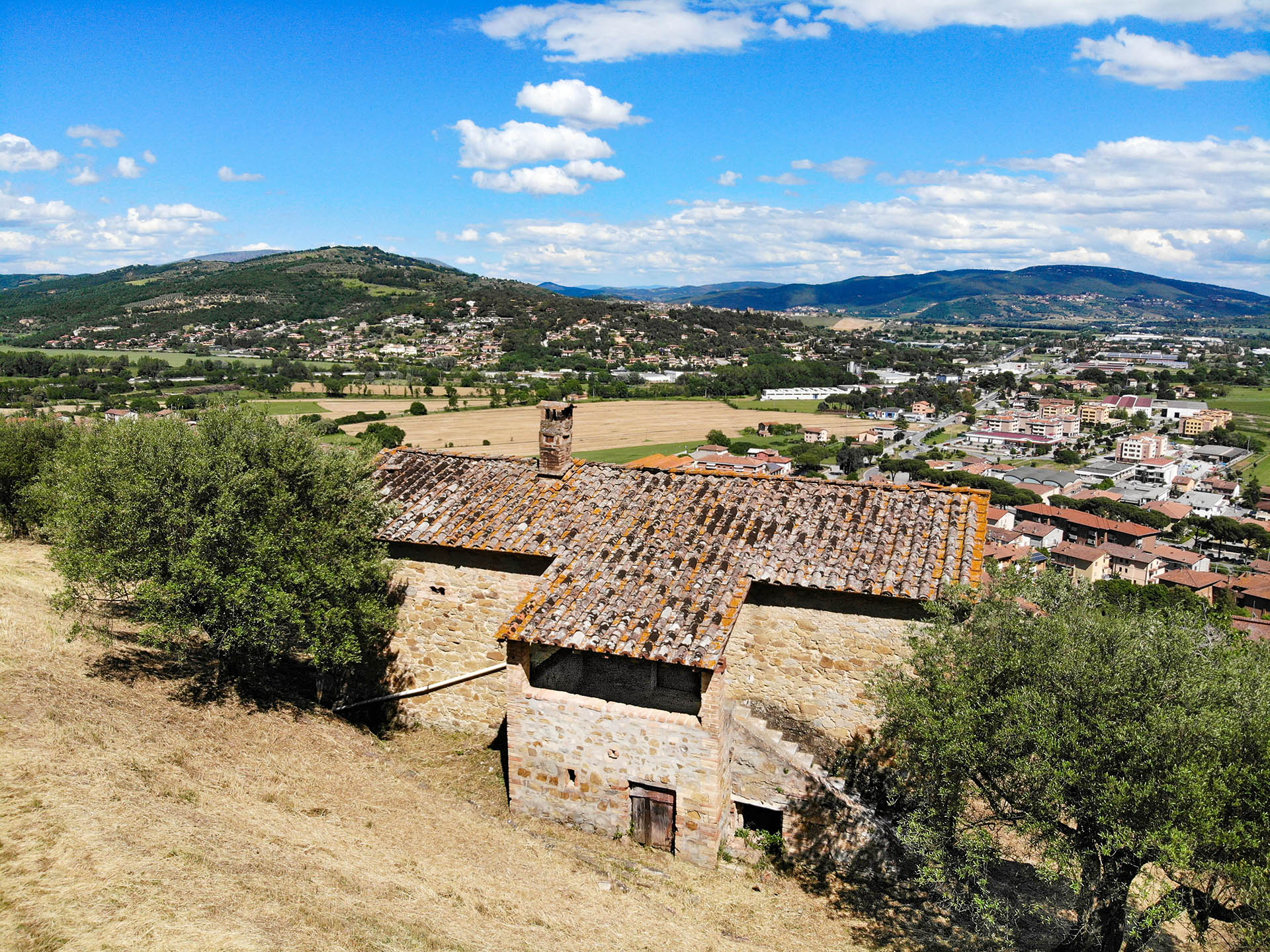 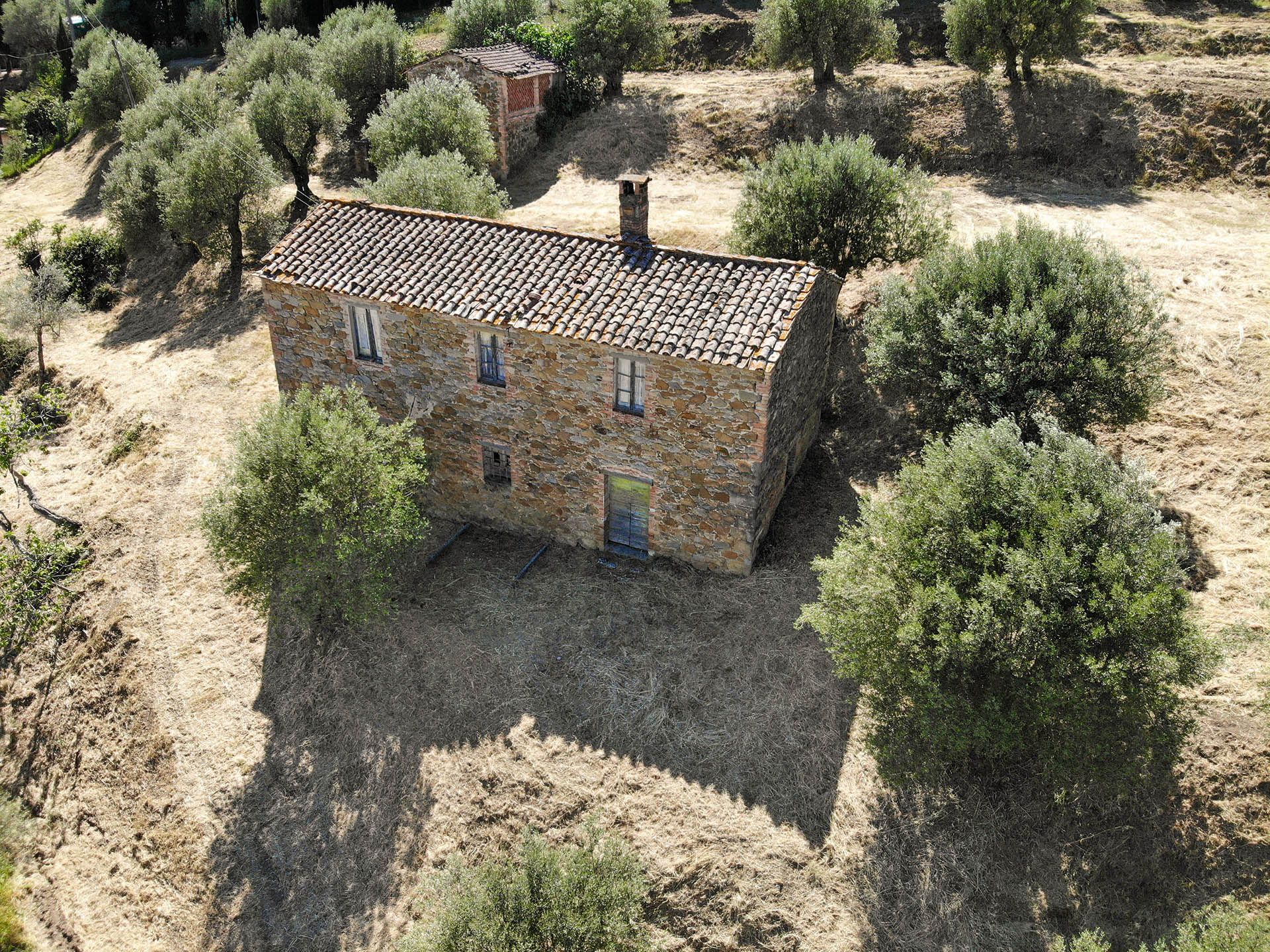 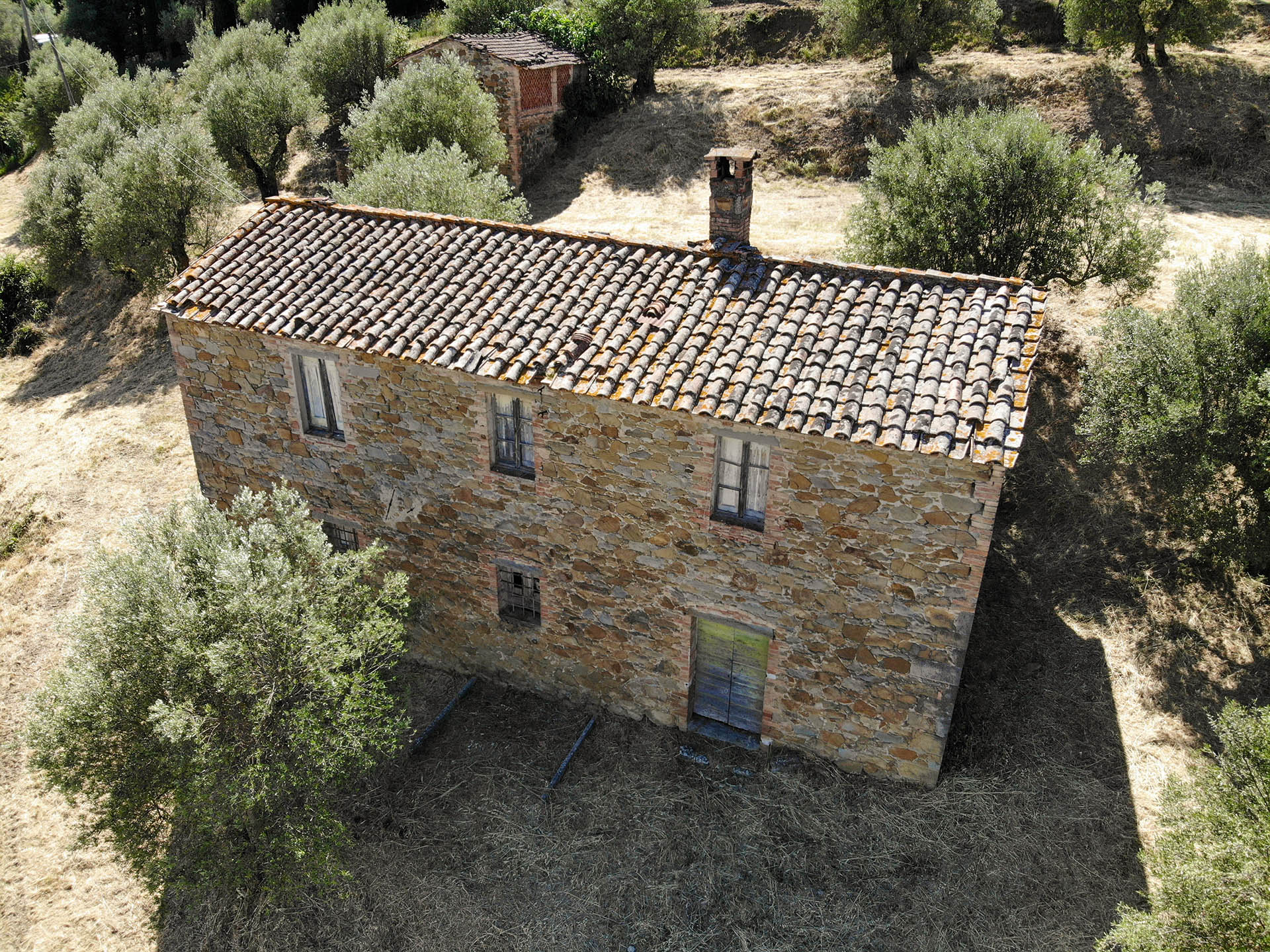 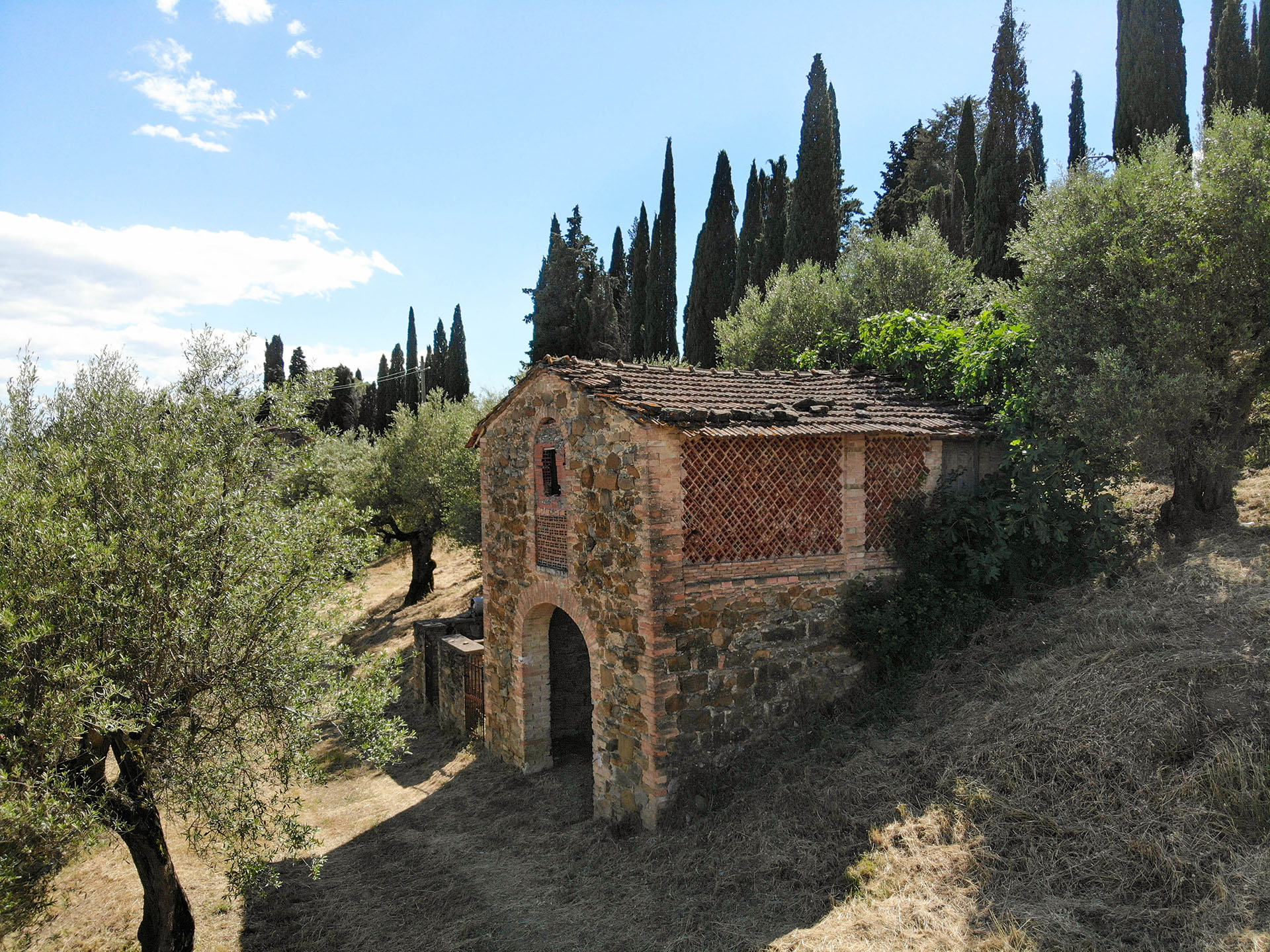 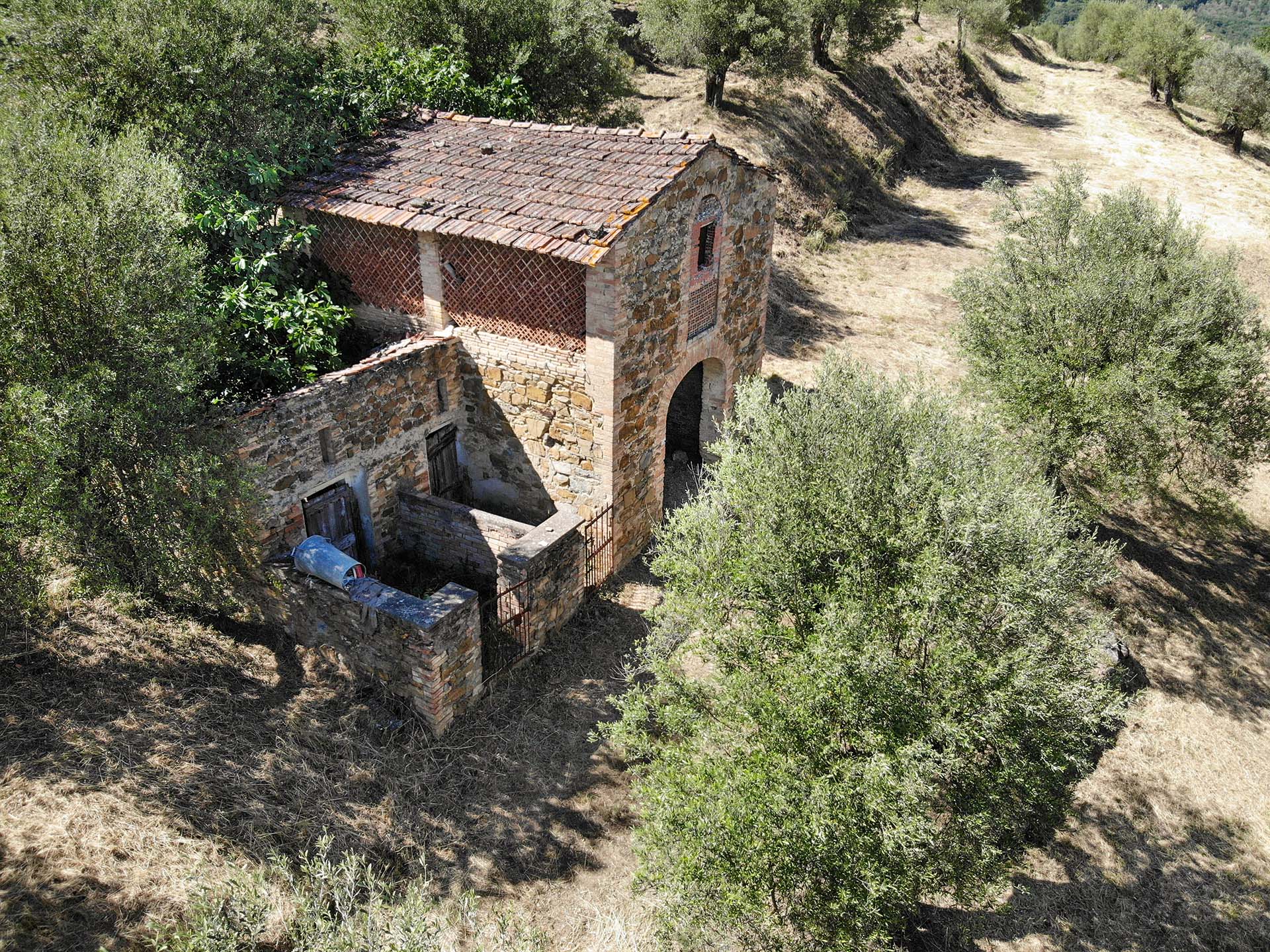 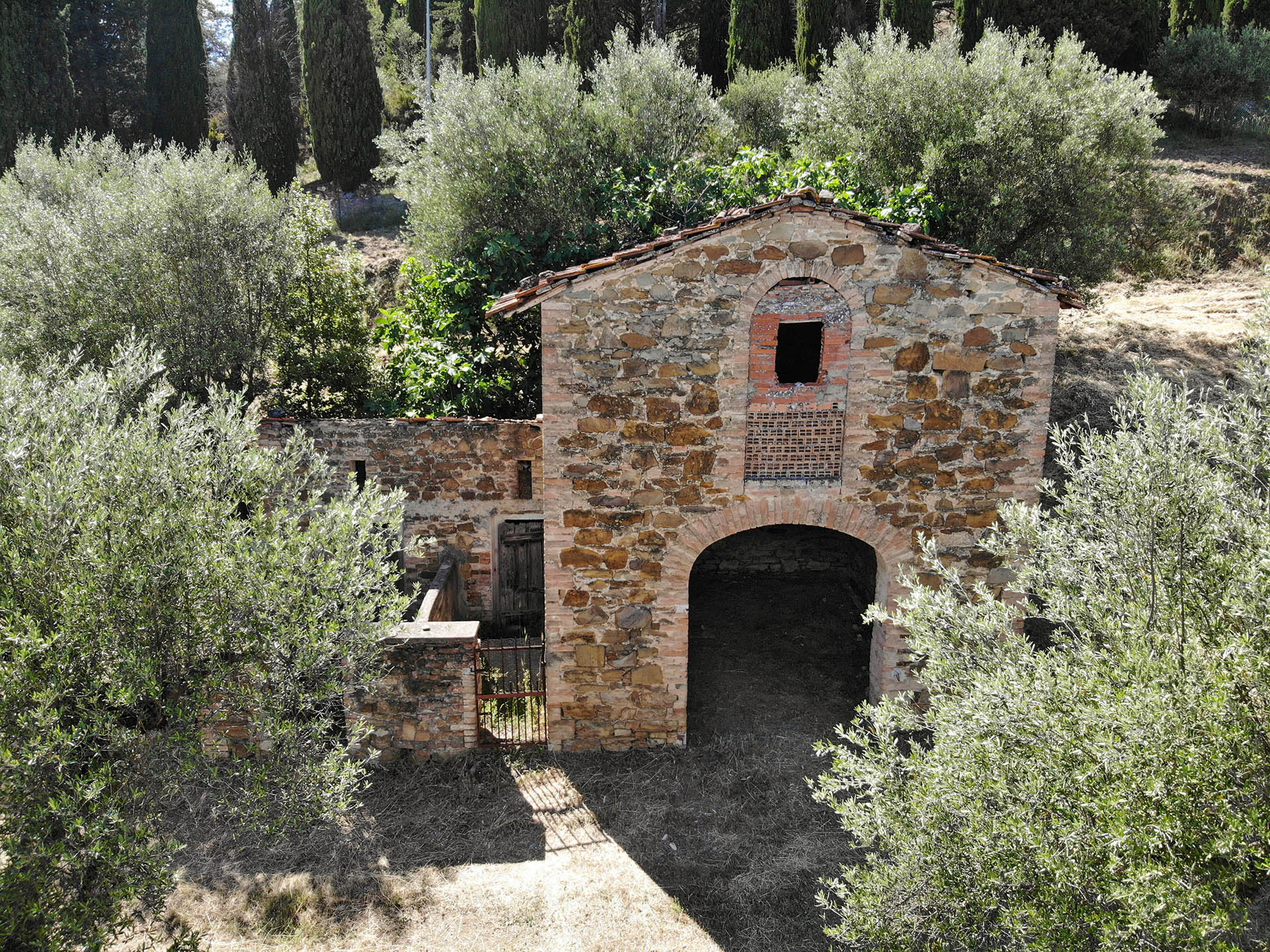 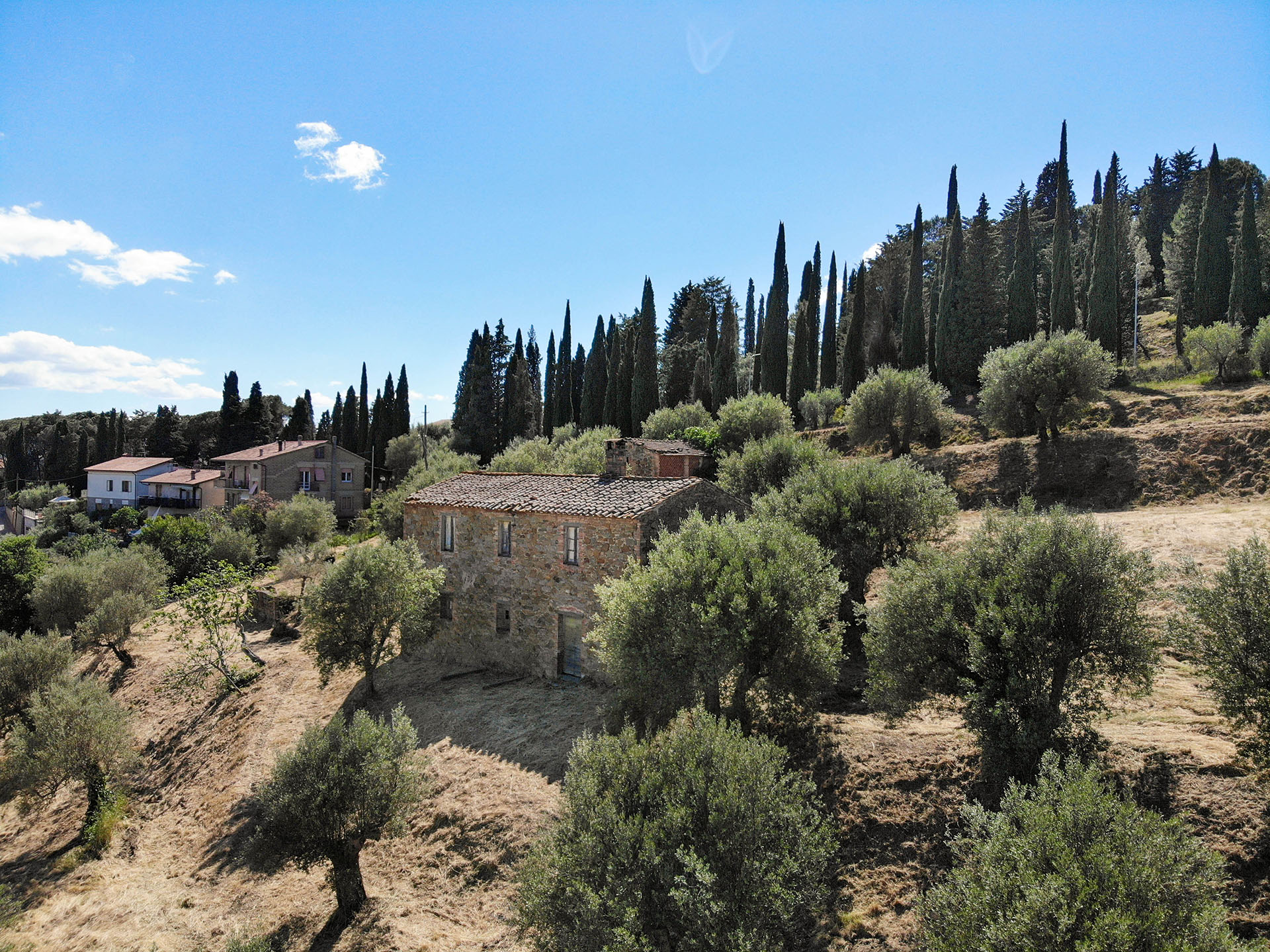 A stone’s throw from the historic center of Magione, in a quiet and easily accessible position with an open view, we offer a 188 m² farmhouse to renovate, divided into two independent floors.

The property includes an annex of 91 m² and a land consisting of an olive grove that extends for 2.27 hectares.

The building is to be restored even if the supporting structures are in good condition and the current regulations provide for restructuring and redevelopments up to an increase of 100 m² of surface.

The farmhouse is located close to the “Torre dei Lambardi”, built between the 12th and 13th centuries by the Knights of Jerusalem, in the late Middle Ages it was one of the structures of the Pian di Carpine defensive system, the current Magione. Located on the top of the hill on which the settlement stands, along the ancient road that led from Perugia to Trasimeno and Cortona from where the movements of the entire road axis could be easily controlled.

The property is in the historic center of Magione, 5 minutes from the highway that connects with Perugia which is 20 km away, the Umbria International Airport is 25 km away, Lake Trasimeno is 5 minutes away, Tuscany can be reached in 30 minutes, Siena 90 km, Florence 132 km and Rome 180 km. 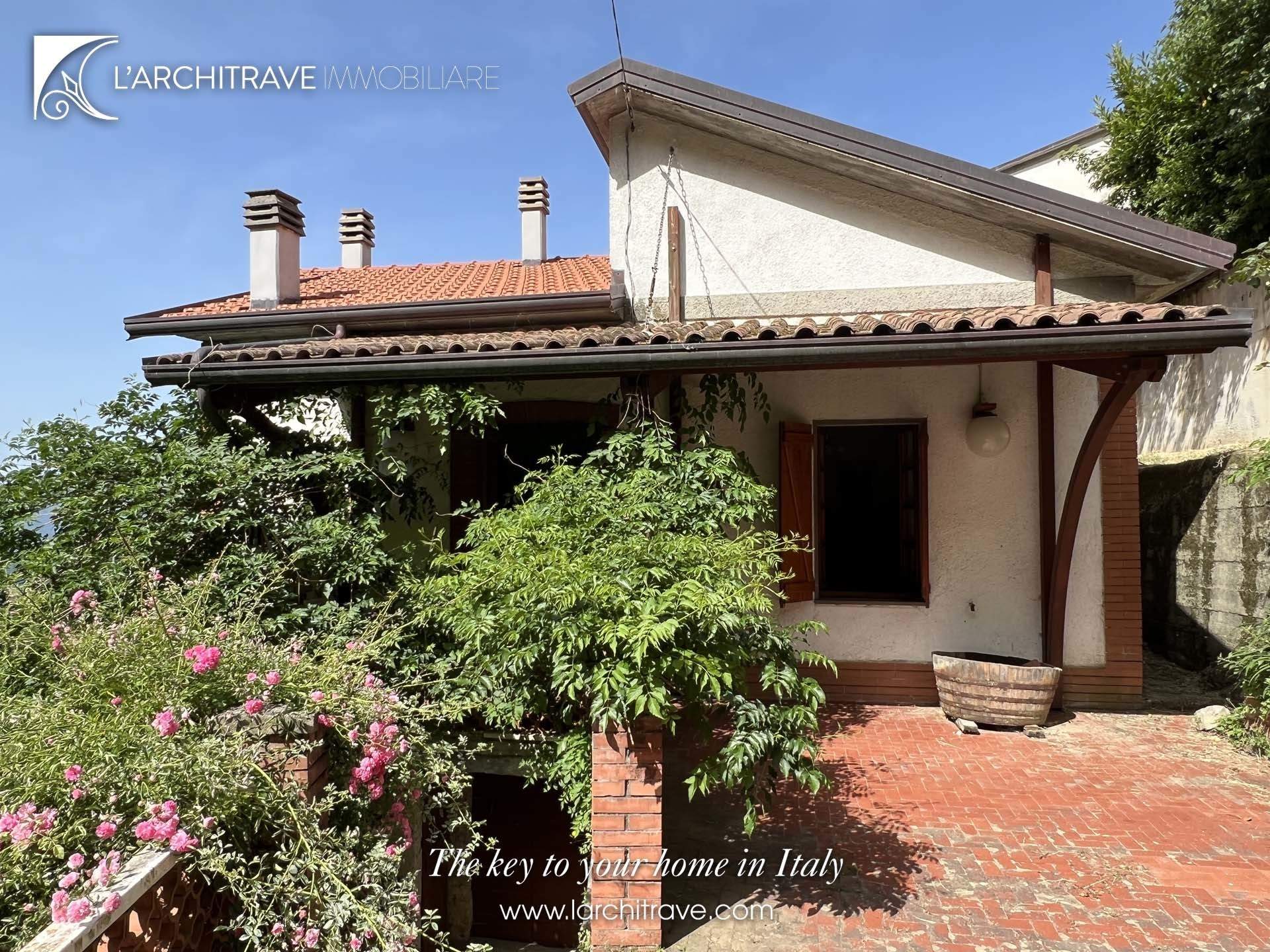