For sale
Greve in Chianti,Firenze,Toscana,Italy

For sale
Greve in Chianti,Firenze,Toscana,Italy

Property, nestled on the hills of Greve in Chianti, in a dominant position over the entire Val d’Arno. The structure enjoys a beautiful and wide panorama also facilitated by the absence of pylons or electric wires. The main body of the farmhouse derives from an ancient watchtower dating back to the twelfth century and still present in its entirety (once used as a defence tower between Siena and Florence and as horses post. It’s still possible o admire the coat of arms of the Templars) and expanded in the following centuries by additional constructions up to the current structure or a large and comfortable farm complex consisting of a main body of size of about 800 square meters plus a finely restored 200 sqm barn and a further small annex used as a warehouse. The entire structure is characterized by very large and bright interior spaces, which is rather unusual and difficult to find in structures of this kind and historical era, thanks also to the help of numerous skylights in each bathroom and living room. The main house is divided into 5 large apartments with 7 independent entrances on three levels which, in the case of a single dwelling, can be easily connected through very few internal modifications. The former barn, also finely restored, on two levels, is characterized by access from a large stone-paved courtyard, from the ground floor completely open-space with kitchen, kitchenette and living room adorned with a splendid truss in wooden beams, as well as to a bathroom. the basement, also accessible from the rear garden, is divided into 2 large bedrooms as well as a bathroom and closet. The property is completed by the splendid 12×6 stone swimming pool, the surrounding garden of about 6,000 square meters, about 21 hectares of land mostly wooded with fruit chestnut groves, about 8,000 square meters of olive grove with over 100 plants in production and about 1.8 hectares of arable land. 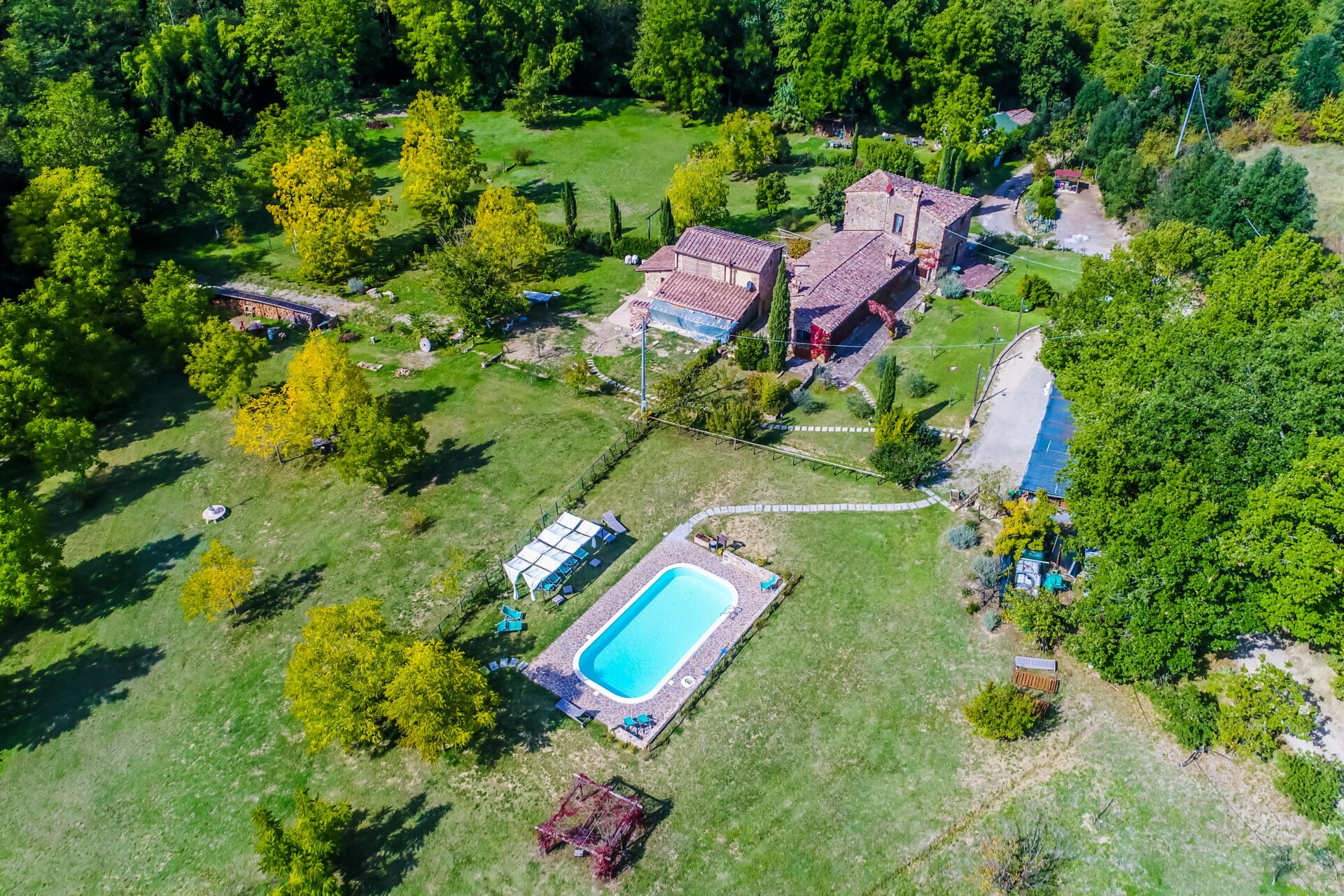 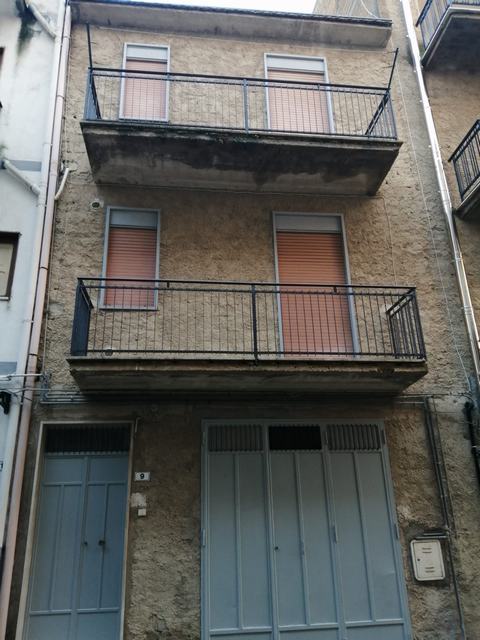